Shakespeare, the Diversity of Aging, and the Need for Geriatrics 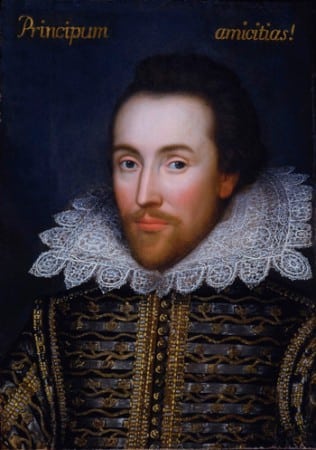 The plays of William Shakespeare written in the sixteenth century reflected the culture and opinions of his time.  In Shakespeare’s day, life expectancy was in the 30’s, and Shakespeare himself lived to the old age of 52.  In contrast to today’s population, very few people lived into the 80s and 90s.  Throughout Shakespeare’s works there are quotations which echo the universal human dimensions of growing old.  These quotes offer insight into aging as we see it today, particularly in the diversity encountered in individuals who reach old age.

Today’s elderly population reflects a wide range in race, ethnicity, sexual orientation, living arrangements, and socioeconomic status, as well as variations in physical and mental abilities.  The Geriatrician will see people who are alert and healthy at age 100, and others who are debilitated and bedridden at 70.  The physiologic diversity of old age makes designing research studies especially challenging with elderly populations.

Shakespeare’s quotations reflect the diversity of old age.  Let’s read the following lines spoken by Jacques in As You Like It:

… The sixth age shifts
Into the lean and slipper’d pantaloon,
With spectacles on nose and pouch on side,
His youthful hose, well saved, a world too wide
For his shrunk shank; and his big manly voice,
Turning again toward childish treble, pipes
And whistles in his sound.  Last scene of all,
That ends his strange eventful history,
Is second childishness and mere oblivion,
Sans teeth, sans eyes, sans taste, sans everything.

Compare this bleak picture of physical and mental deterioration to the following view of old age, spoken by Adam in the same play.

Though I look old, yet I am strong and lusty;
For in my youth I never did apply
Hot and rebellious liquors in my blood,
Nor did not with unbashful forehead woo
The means of weakness and debility;
Therefore my age is as a lusty winter,
Frosty, but kindly: let me go with you;
I’ll do the service of a younger man
In all your business and necessities.

It is clear that Shakespeare is demonstrating the vigor that is possible with old age, attained by living a healthful life.  Improvements in life style, nutrition and hygiene, along with medical advances have prolonged the average human life span.  Once a rare occurrence, persons over age 65 will soon make up 20% of the American population.  This population will reflect the diversity expressed in Shakespeare’s words written over 400 years ago when the demographics of the world were much different.

For this reason the study of geriatrics is of utmost importance for today’s physicians.  The diversity of today’s elderly population mandates in-depth study of the physiology, pathology, socio-economics, and psychology of aging.  The portion of time that is currently allotted to the study of aging in today’s medical schools is inadequate for the challenge of taking care of a population which consumes medical resources far out of proportion to its numbers.  In addition, the post-graduate fellowship requirement for geriatric certification is currently only one year, which may not be sufficient given the amount to learn.   To truly understand the diversity of old age, the Geriatric fellowship must offer a solid, broad based exposure to elders in a variety of cultures and living arrangements.  To offer anything less is to devalue the expertise required to become a specialist in care of the elderly.

Reference for this post was History of Old Age by Georges Minois, University of Chicago Press, 1989.