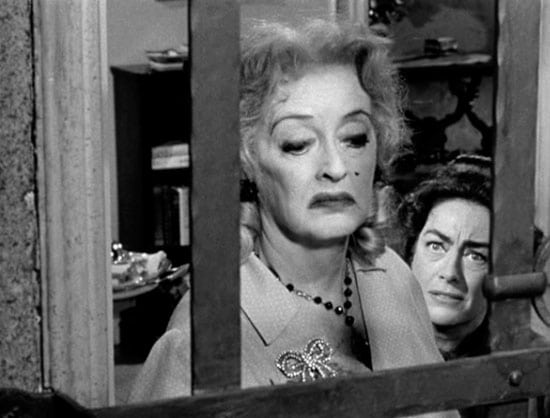 This past Halloween weekend I stayed home with my wife and binge watched old horror films that included the suspense thriller, What Ever Happened to Baby Jane, released in 1962. This film follows the twisted relationship of two aging sisters. Blanche, played by Joan Crawford, is paraplegic and wheelchair-confined, and Jane is a disgruntled and jealous former child star with a drinking problem, played by Bette Davis.  Both actresses give stunning performances in the twilight of their careers.

The film starkly depicts Jane’s horrific abuse of Blanche. As I watched the story unfold, I realized that it presents a portrayal of elder abuse, starkly illustrating various manifestations of this geriatric syndrome wrapped into one case. As a geriatrician, the scenes shared similarities with cases I had encountered over my three decades of practice.

Blanche suffers several types of abuse at the hands of her sister, which can be classified as follows:

* Physical abuse. Blanche is struck several times in the movie by Jane, including one chilling scene where she is viciously kicked as she lay on the floor.

* Deprivation of services. Blanche desperately tries to call a physician and Jane interrupts, making sure the doctor does not arrive.

* Psychological abuse. Blanche is kept socially isolated by Jane, and the phone – her only means of communication with the outside world – is taken away.

* Starvation and willful neglect. Blanch is deprived of food, and given meals that discourage her from eating (I won’t spoil the movie for those who want to watch).

* Physical restraint. Blanche is eventually tied to the trapeze bar while in her bed.

The psychological complexity of their relationship unfolds as the victim recognizes her sister’s disturbed mind and tries in vain to appeal to the reasonable aspects of her personality. Crawford presents an accurate portrayal of a person embarrassed, frustrated, and overwhelmed by her isolated, abusive situation. She desperately tries to get help while Jane descends into a world of fantasy, self-delusion, and violence. In doing so, Jane reveals several hallmarks of an abusive personality, not the least of which is the defense mechanism of denial, illustrated in scenes were Jane covers her ears when the topic of discussion turns to her own behavior.

Variations in the events featured in this film are unfortunately encountered in day-to-day medical practice, but may go unreported and unnoticed. In the film, the abuser was the victim’s sister, but abusers can have many roles including spouse, adult child, or unrelated caregiver. Although primary care providers are sometimes in the best position to diagnose and intervene, they may not be trained in warning signs or reporting mechanisms.

Early in my Geriatric career I wrote an article entitled Elder Neglect and Abuse: A Primer for Primary Care Physicians, the content of which is still relevant. I would recommend anyone interested in this topic to start by reading this article, then to view this film.

Click Here to watch a key scene when Blanche confronts Jane about her neglect and abuse.