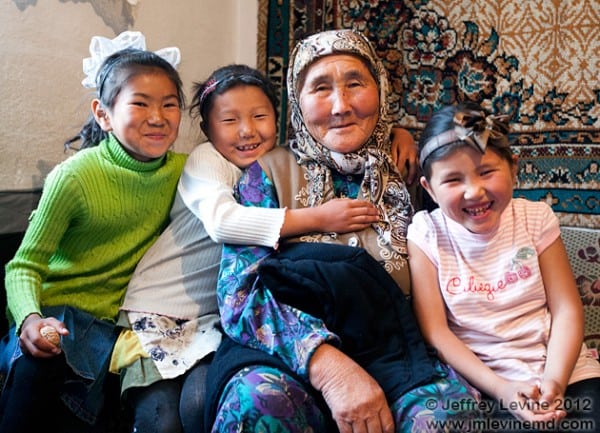 In May 2012 I traveled to Kyrgyzstan in Central Asia to photograph aging and gain better understanding of international differences in how people grow old.  I was amazed to learn the extent that elders are revered in traditional Kyrgyz society.  The collapse of the Soviet Union and globalization have caused rapid economic and cultural change, and their effects have not been to the benefit of the older generation. 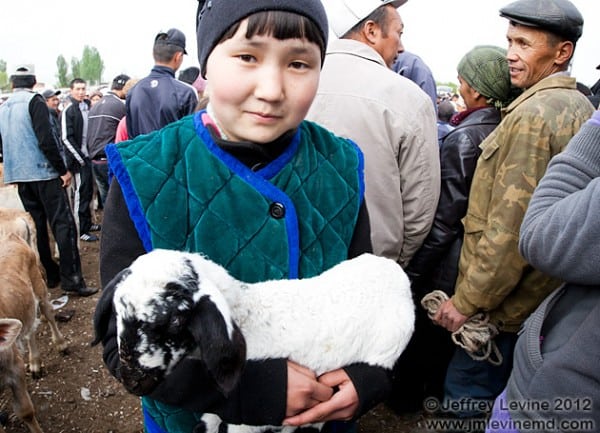 For generations Kyrgyzstan was a country of small mountain villages. Each village was considered a family whose size and strength were measured by the the number of smoke plumes coming from the vents of each yurt. Institutional law was remote or nonexistent, and elders were the source for problem solving when it came to issues of morality, upbringing, domestic disputes, and arguments between neighbors. 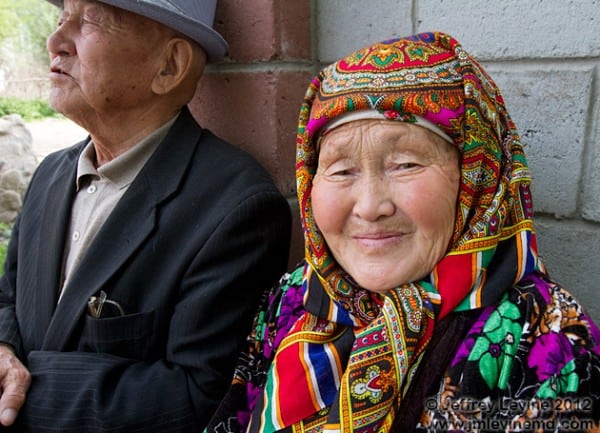 The highest status a woman could attain in traditional Kyrgyz society was to become a baibiche (pronounced bye-BEE-chay). This is achieved by raising more than one generation, living with one husband for most of her life, and recognition by the community for generosity.  When such a woman’s son or grandson gets married, special traditions are observed. The first time the daughter-in-law enters the home, she carefully follows the footsteps of the baibiche in the hopes that she will mark similar accomplishments. 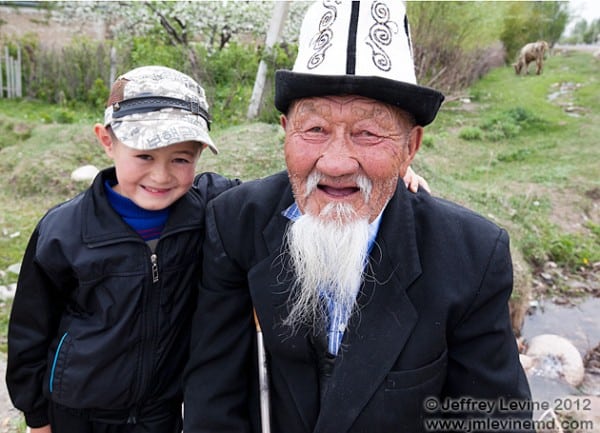 It still is believed that blessings from an elder can influence a person’s life. I experienced this in the Jety Orguz mountains when interviewing a bearded shepherd in his 90’s named Kodyr. He was wearing a tall white felt hat and a long, finely embroidered coat called a chepken, and looked like a character created by J.R.R. Tolkien. At a certain point in our discussion he paused and looked at me intently and said, “I am going to give you a blessing.”  After the blessing I felt a sense of humility, and all I could do was shake his hand and thank him. 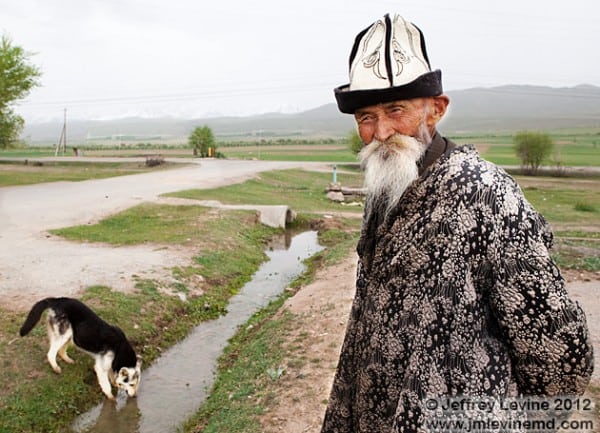 The Soviet regime brought Kyrgyzstan jobs and education but disrupted traditional life in many ways. Mandatory work for women ceased transmission of handicraft skills. Forced abandonment of nomadic lifestyles put skilled builders of yurt components out of business. The end of Soviet domination closed most factories, and privatization of land and businesses did not stem the economic downslide that resulted in massive unemployment. A large segment of the young male population left for Russia in search of jobs, leaving the elders to tend farms and raise grandchildren. 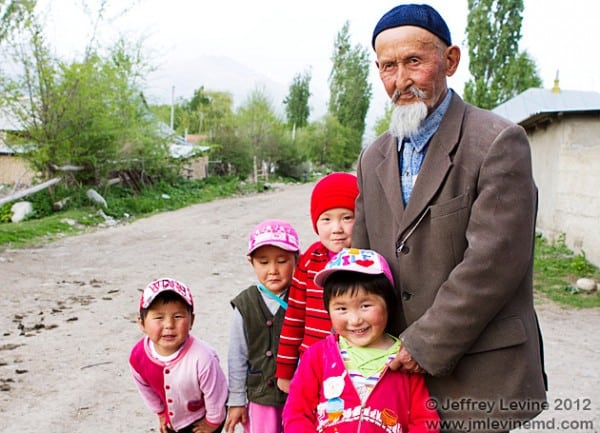 Traditional village life taught that a person’s identity depended upon information transmitted by their society. Socialism dictated similar principles, and sharing was valued over individuality. Secular education and globalization have displaced elders from the role of transmitting cultural values. Instead the media has assumed the role of teaching society’s rules, and identities are built more on differences rather than similarities. The end result is a generation of elders who are no longer valued or integrated into daily life. 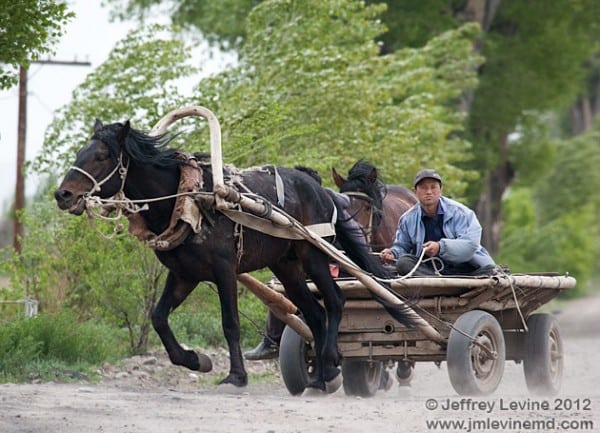 As a geriatrician in the United States, I can say that my country is far ahead of Kyrgystan in having media teach cultural values, and I am not sure that this is a good thing. The elderly are too often an invisible component of our society, and the institutions we are building sometimes do not accomodate the needs of this demographic.